Saying Goodbye (and Good Riddance) to 2021

I was working on my 2021 retrospective blog post this afternoon when I got the news that Betty White had died. She was nearly 100-- and so healthy that People magazine featured her on the cover with an article about her upcoming birthday. But she passed away in her sleep last night, totally unexpectedly. In some ways, that is just typical of how 2021 was-- just when you thought it was heading in one direction, it headed in another direction entirely.

Frankly, I won't be sorry to see 2021 go. Agreed, it had a few high points, like my 7th anniversary of being cancer-free. But over all, it was a year of frustration and disappointment for so many of us, beginning with the attempted insurrection on January 6th. I never expected to see anything like that in my lifetime. I never expected to see a violent mob try to undo the results of an election. I thought that happened in other countries, but not in ours.  And what made it worse was hearing some people, and some politicians, defend it. But there is no defense for what happened.  We've always had the peaceful transfer of power, whether "our guy" won or lost. Watching the events of January 6th unfold made me afraid for our democracy. It was not a good way to start the year.

I remember how hopeful I was when a vaccine for COVID became more widely available. Having spent most of 2020 indoors, the thought of actually (not virtually) seeing my friends and going out for ice cream with my husband was an encouraging thought. I got the vaccine as soon as it was available, and within a few weeks, I was able to see (and hug) my friend Meg and visit a bookstore and eat at a restaurant. Life seemed like it was returning to some version of normal.

And then it wasn't. There was a new variant, and COVID numbers began to rise again, and people worried that the vaccines wouldn't be able to protect us, and the promise of being free from COVID was postponed. Many schools returned to online classes (and so many of our students were already in a state of crisis, having lost family members to the virus); and everything that seemed so promising was suddenly back to being uncertain. As I said, it was that kind of year.

Congress spent much of 2021 being quarrelsome, although several major pieces of legislation did get passed-- including one that will, hopefully, improve broadband nationwide. It has always mystified me why a country like ours has been okay with such poor quality broadband service for so long -- some parts of the US don't even have access to it at all, which in 2021 is outrageous, especially in a world where so many students need it for school. Like him or hate him, Pres. Biden was able to get the infrastructure bill through, and I applaud him for doing so-- others before him tried, but they did not succeed. He did. And that will benefit a lot of folks.

In addition to Betty White, we lost a number of good people in 2021-- too many to name, but among them, actor Norman Lloyd died at age 106 (I loved his work in "St. Elsewhere"); and Ed Asner who famously played Lou Grant, died at age 91. Willie Garson, who starred in "White Collar" and "Sex in the City," died way too young, from cancer, at 57; the music industry lost Michael Nesmith of the Monkees, Gerry Marsden of Gerry and the Pacemakers, Jay Black of Jay and the Americans, Charlie Watts of the Rolling Stones, Mary Wilson of the Supremes, Dusty Hill of ZZ Top, and Don Everly of the Everly Brothers.  Radio lost the legendary music director Rosalie Trombley, and local Boston media lost Dean Johnson, a friend and colleague and one of the good guys in our industry.

In late 2021, my husband became severely ill with pneumonia; it was a very scary period of time, and now that he is well on his way to a full recovery, I thank God every day for good doctors (and for health insurance). It was another reminder that if you've got your health, you've got everything.

In 2021, more and more people seemed to think it was okay to be angry and threatening when they disagreed with others: I saw a lot of this on social media, but some folks saw it in stores, on airplanes, and in restaurants. I miss the era when being courteous was the norm.  Meanwhile, schools (and teachers) became the object of outrage too, often unfairly ginned up by politicians. I've said it before and I'll say it again: while every profession has a few bad apples, the vast majority of teachers are hardworking, dedicated, and vastly underpaid. They do not deserve the scorn and insults that many of them received this year. Rather, they deserve our thanks for the work they do educating our kids, under often-difficult circumstances.

And now, here we are at the end of 2021, and as I said, I won't miss it. I have no idea what 2022 will look like, but I do hope it will be more peaceful, more kind, and more tolerant than 2021 was. And I also hope it will be a year when we all return to good health. Thank you to everyone who read my blog in 2021. I hope I was reasonably interesting. I look forward to whatever 2022 holds, and I'll be here (God willing) to write about it. Wishing you a wonderful new year and sending much love. 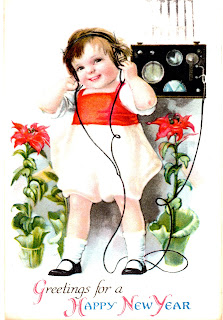